You’ve been eating it for years and have always enjoyed that sweet, soft, buttery goodness. But, what is prosciutto exactly?

The word prosciutto, which translates to “ham” in Italian, is made only from the hind legs of pigs and is aged during a dry-curing process. There are typically two types of prosciutto: prosciutto cotto, which is cooked, and prosciutto crudo, which is uncooked, yet cured.

Production and the Curing Process

The quality of prosciutto is based on the curing process, region and strict quality controls that go into the production. Curing prosciutto originated in Italy thousands of years ago and is just one of the many factors that set Prosciutto di Parma apart from other prosciutti. Made under strict quality controls only in Parma, Italy, the ham is produced only using specially bred pigs, sea salt, air and time. Click here if you’re interested in learning more about what sets Prosciutto di Parma apart from other prosciutto.

With all the different types of pork sold in stores and restaurants, it’s understandable if you’re confused about what separates prosciutto, pancetta, bacon or other cured meats. Here’s a quick breakdown:

Ever wonder how to make prosciutto? Or, why making Prosciutto di Parma is different than other types of prosciutto? 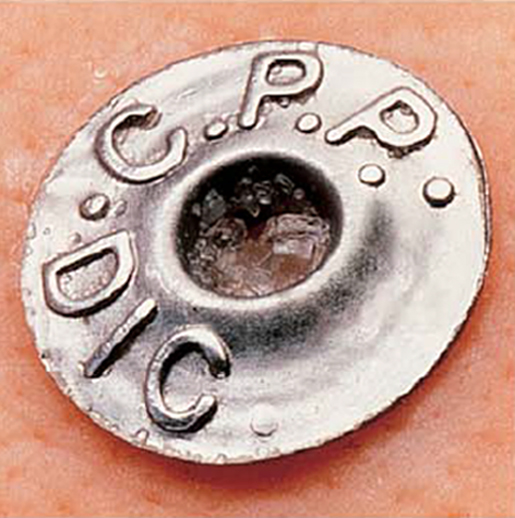 Once the legs reach the prosciuttificio (processing plant), each ham is tagged with a button, indicating the date it began curing. 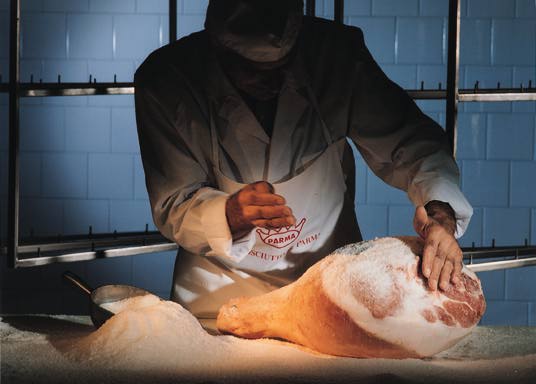 Next, salting is completed by hand in the traditional manner, by the maestro salatore, or salt master, who uses only the minimal amount of sea salt necessary. This makes Prosciutto di Parma taste less salty than other cured hams. In Parma, the only “ingredients” added to the pork during production are the highest quality Italian sea salt, air and time.
The leg is then refrigerated at a temperature ranging from 34°F to 39°F, with a humidity level of approximately 80% for about a week and gets a second thin coating of salt which is left on another 15 to 18 days, depending on the weight of the leg. Salt is the only preservative used in the processing method; no chemical elements are allowed.

Next, the hams hang for a period ranging between 60 and 90 days in refrigerated, humidity-controlled rooms, to ensure the sea salt properly absorbs into the meat.

The hams are then washed with warm water and brushed to remove excess salt and impurities, then hung in drying rooms for a few days. 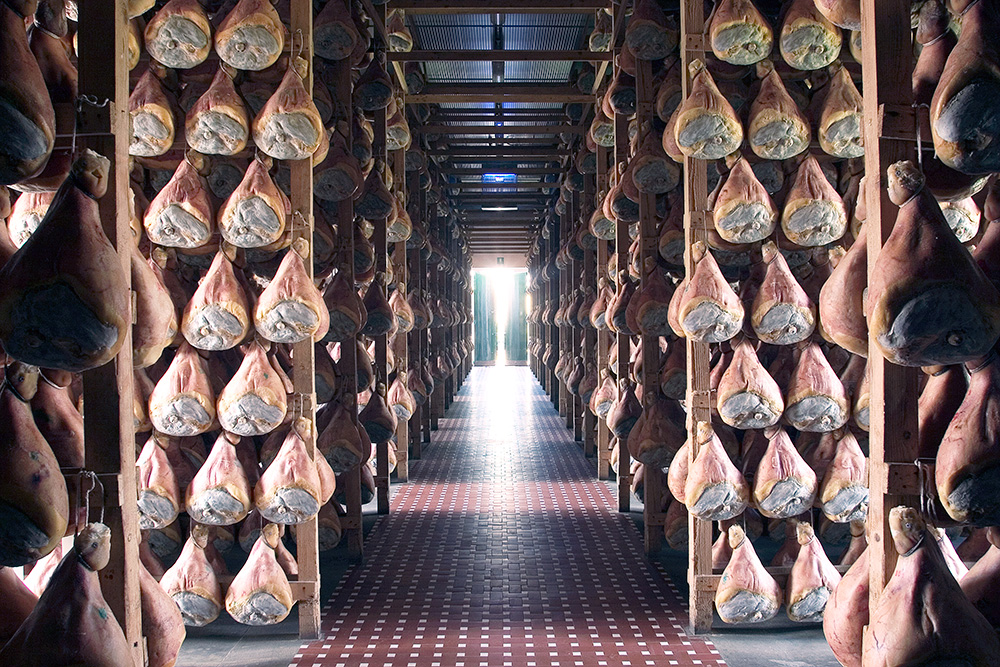 Now the hams are hung on frames in well ventilated rooms with large windows that are opened when the outside temperature and humidity are favorable; this allows for a constant and gradual drying of the hams. Connoisseurs believe that this period is critical to the development of Prosciutto di Parma’s distinctive flavor. By the end of this phase, which lasts about three months, the exposed surface of the meat has dried and hardened.

The exposed surfaces of the hams are then softened with a mixture of lard, salt and pepper to prevent the external layers from drying too quickly. 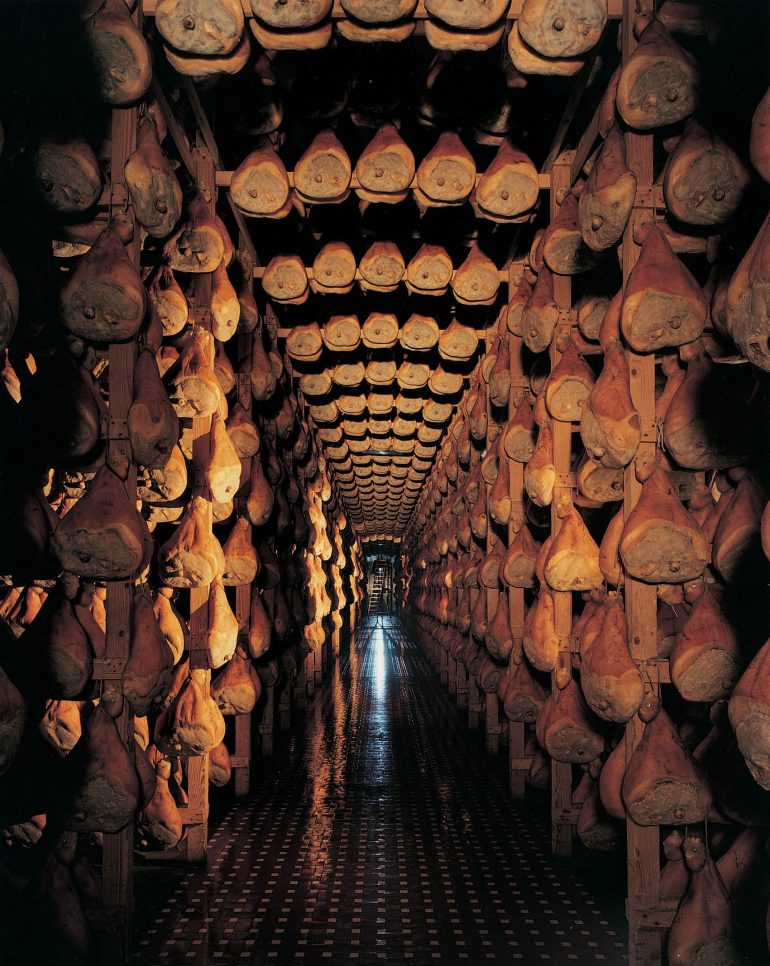 In the seventh month, the ham is transferred to the “cellars,” rooms with less air and light, and hang on racks until the curing is completed. By law Prosciutto di Parma is cured at least 400 days (starting from date of first salting), and some may be cured as long as 3 years. 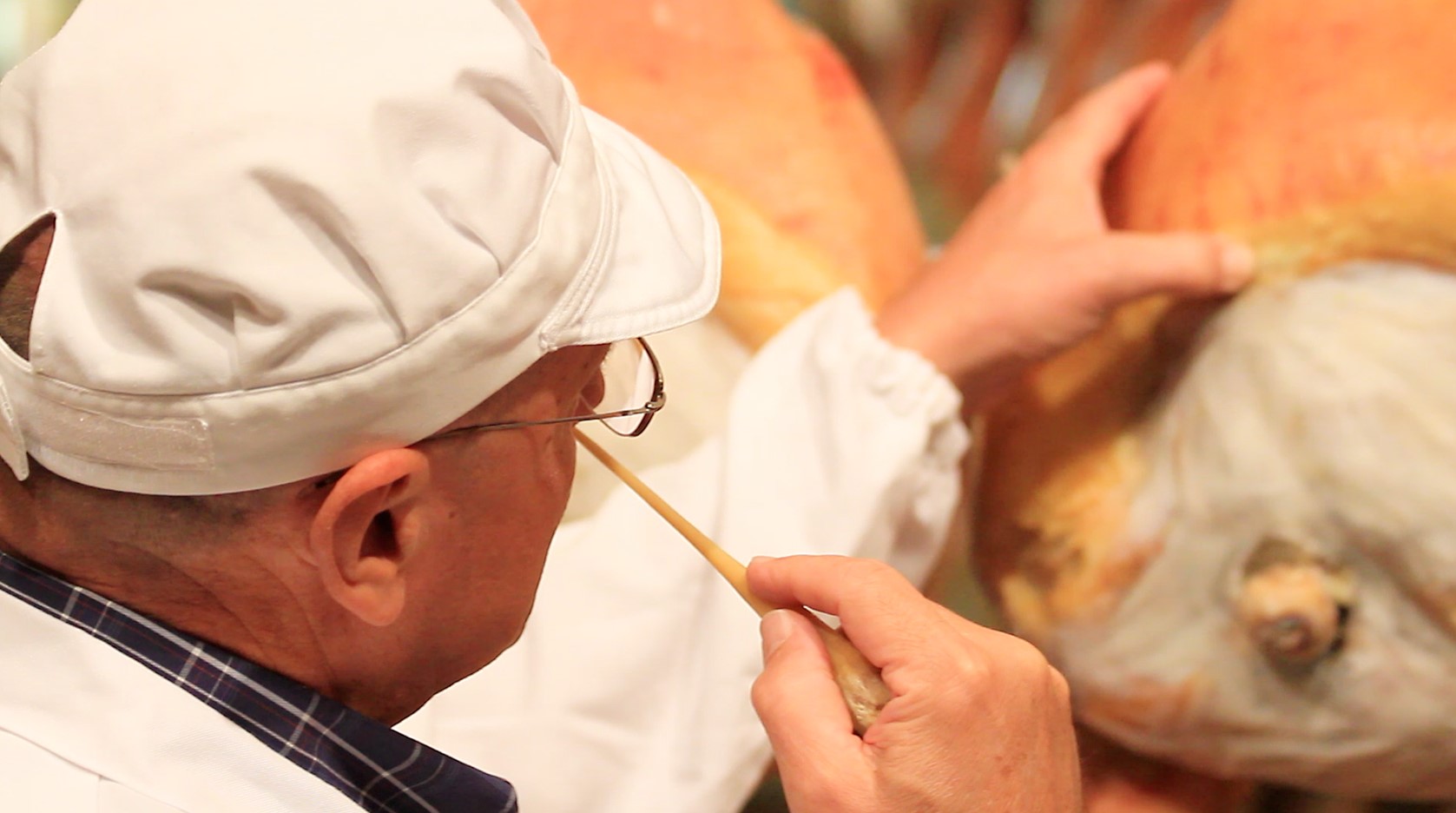 After that time has passed, an independent inspector pierces the ham in several locations with a horse bone needle, sniffing it after each puncture to check for scents that may indicate any flaws or spoilage.

Fun Fact: A horse bone is used to test the hams because it absorbs and releases scents quickly, which helps the inspector tell if there’s any spoilage, but lets him use it again for the next ham. 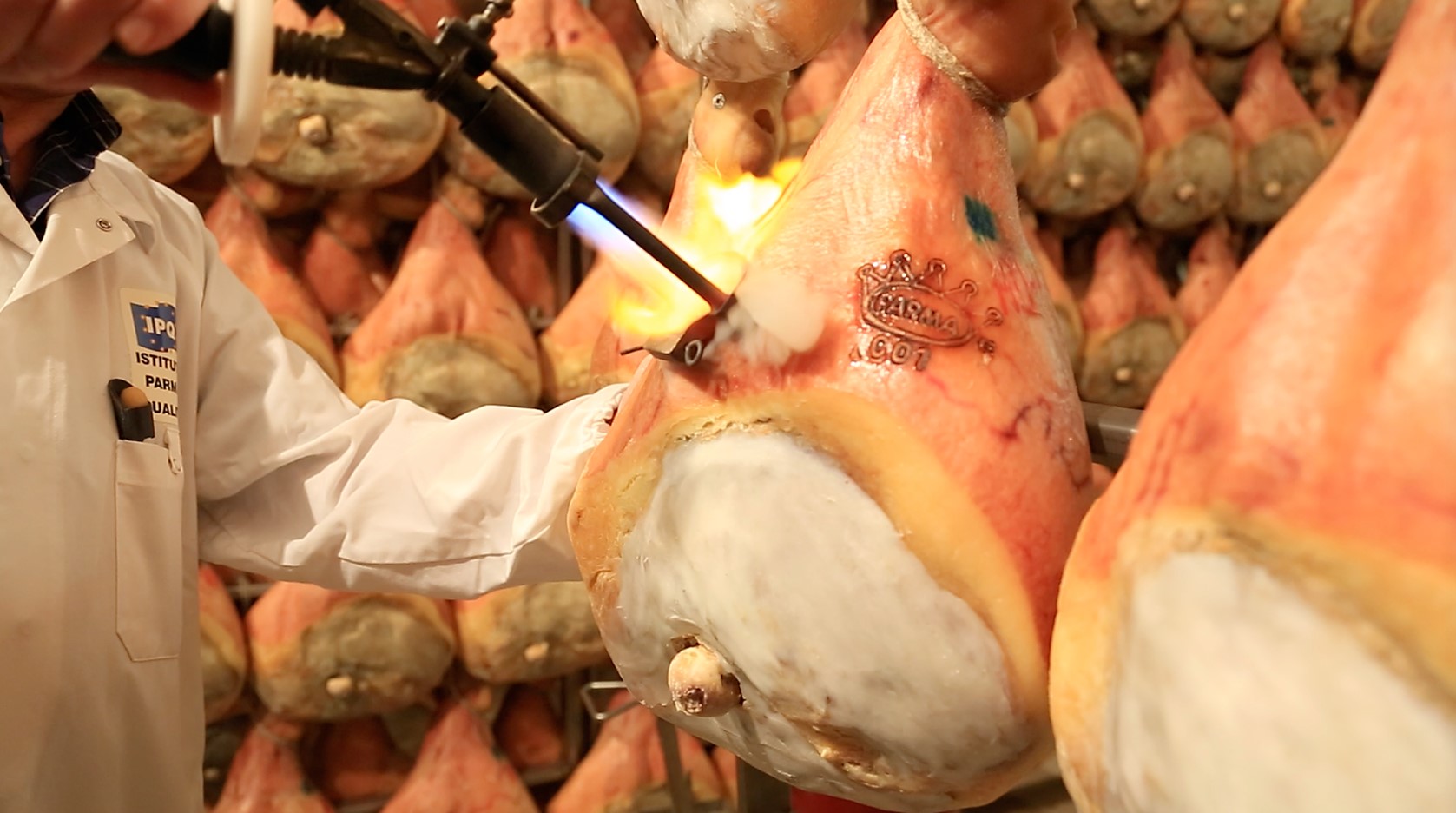 Assuming the ham passes the test, the independent inspector brands the five-point Ducal Crown on the leg, which acts as the final guarantee of the quality of the ham. The Ducal Crown also shows the identification code of the producer.

Only hams that meet the Consorzio’s high standards become Prosciutto di Parma and are fire-branded with the Parma Crown.

Embed This Image On Your Site (copy code below):